I was born in Cape Town, but my family later moved to iDutywa in the Eastern Cape. We returned to the city in 1992. Although my parents didn’t have much, I had a happy childhood. We had each other, and that was all that mattered. I couldn’t finish school due to financial constraints and dropped out in Grade 10. In 2007, I found a contract job at a company called Sky Services. Unfortunately, my contract wasn’t renewed in 2010.

That was a very difficult year, not only for me, but my entire family. I was unemployed and my eldest brother, who was my family’s breadwinner, passed away and left his wife and children behind. His passing was a tragedy but also a blessing in disguise. It taught me to ‘man up’, take responsibility and focus on becoming independent. Most importantly, my brother’s passing taught me to make wise financial decisions. 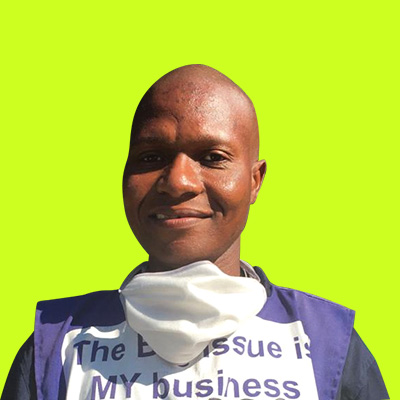